The new soundTRKack of targeted therapy: Exploring the TRK fusion therapy in tumors.

The new soundTRKack of targeted therapy: Exploring the TRK fusion therapy in tumors.

Claims that cancer is a genetic/epigenetic disease has been a contemporary rhetorical affirmation. There are several well-known genetic mutations and epigenetic changes (early/late) during the carcinogenesis process but, one thing has to be clear: not every mutation can elicit tumorigenesis. It does mean that only some types of mutations, referred as driver mutations, in some specific genes can trigger the carcinogenesis. Finding them would not only help us to understand the genetic basis of cancer better, but also would allow us to achieve the “so desidered” dream of precise medicine. The advances in cancer genomics constitute one of the foundations for precision medicine era. One of the most notable outcomes of this new era has been the record number of drug approvals, as driver cancer mutations were identified and matched to new or existing therapies. Furthermore, the FDA has approved NGS (Next Generation Sequencing) tests in oncology and dozens of companion diagnostics devices that provides essential knowledge for the sustained and effective use of a corresponding therapeutic product.

To obtain more information about the list of cleared or approved companion, visit www.fda.gov.It has been distinguished for 30 years that the corresponding gene fusion plays an essential role in tumorigenesis. Gene fusions can supply to tumor formation because they can generate much more active abnormal protein than non-gene fusions – what the ancient Greeks described as chimeras (/kɪˈmɪərə). The first gene fusion was described in leukemia, caused by a translocation between chromosomes 9 and 22, resulting in a chimera entitled as Philadelphia chromosome (Ph+). The Ph+ leads to the formation of a new BCR/ABL1 gene fusion, with the capacity to induce chronic myeloid leukemia (CML). In 2001 the FDA approved a small molecule kinase inhibitor named Imatinib. This small molecule changed the landscape for most CML patients, turning a disease with a three-to-five-year life expectancy into a chronic, long-term condition, managed with a daily pill. In 2009 the researchers involved in developing Imatinib, Brian J. Druker (Oregon Health & Science University), Nicholas B. Lydon (formerly, Novartis), and Charles L. Sawyers (Memorial Sloan-Kettering Cancer Center) were honored with the Lasker~DeBakey Clinical Medical Research Award.

Currently, in the US, more than 100 indications for targeted cancer treatments for over 25 cancer types have been approved by US regulatory authorities. A new chapter in cancer targeted therapy started to be written in July 2013 when Loxo Oncology, a biopharmaceutical company signed a multi-year strategic license and collaboration agreement covering numerous potential drugs programs with Array BioPharma. Their interest is innovating the development of highly selective medicines for patients with genetically defined cancers such those cancers caused by gene fusions. The NTRK (Neurotrophic tyrosine kinase) genes (NTRK1, NTRK2, and NTRK3) are responsible for encoding three different receptors TrkA, TrkB, and TrkC, respectively. These receptor tyrosine kinases (RTK) are expressed in human neuronal tissue and perform an indispensable and restricted role in the physiology of development and function of the nervous system. Gene fusions comprising NTRK drives to transcription of chimeric Trk proteins with constitutively activated kinase function which confer an oncogenic potential. Some types of cancer have been shown to harbor NTRK gene fusions. Larotrectinib (LOXO-101) is the first and only selective pan-TRK (against TrkA/B/C) inhibitor in clinical development, and it was designed to block the ATP-binding site of Trk receptors at a low molecular range. In 2015, LOXO-101 was awarded orphan drug status for soft tissue sarcoma and breakthrough therapy designation in 2016 for the treatment of solid metastatic tumors harboring NTRK fusions by the FDA. In February 2018, the efficacy of LOXO-101 in TRK fusion positive cancer was published in The New England Journal of Medicine (NEJM), one of the most prestigious peer-reviewed medical journal. The study involved three clinical trials (n=55 patients). LOXO-101 was shown to be effective (ORR, overall response rate at 80%) regardless of tumor type (across seventeen different types of tumor harboring NTRK gene fusions), age (adults and children), NTRK gene (NTRK1/NTRK2/NTR3) and fusion partner. 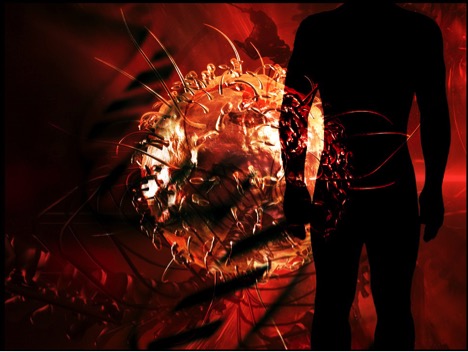 The authors also determined the potential mechanism of primary and acquired resistance (solvent mutations) to LOXO-101 and overcame the acquire resistance by using LOXO-195 (the next generation TRK inhibitor) which was designed to address solvent mutations (points of mutation in the ATP binding site of the kinase domain, which reduce the inhibitory potency of Larotrectinib). The efficacy of LOXO-195 is being evaluated in phase 1-2 study involving children and adults (NCT03215511 and NCT03206931, available at www.clinicaltrials.gov). These findings together not only support the potential new standard of care in cancer patients harboring NTRK gene fusion and the real-time elucidation of acquired resistance, but also serves to widen the adoption of sensitive diagnostic testing such next-generation sequencing to identify these patients as well as those with another tumor agnostic biomarker.